The latest news from Hyundai E&C

Hyundai E&C wins urban renewal projects in succession... The first THE H to be built in Korea’s sixth-largest metropolis

Hyundai E&C’s cumulative orders for domestic urban renewal projects are expected to hit five trillion won as Hyundai E&C won a 1.7-trillion-won redevelopment project to be conducted in Gwangcheon-dong of Gwangju Metropolitan City. This remarkable figure is close to the amount of orders received during the previous year which reached all-time high.

Hyundai E&C has been awarded a series of redevelopment and reconstruction projects worth 4.9585 trillion won in total just in five months, which is more than three times higher than the amount of orders received over the same period of last year.

The Gwangcheon-dong redevelopment project, considered one of the biggest redevelopment projects in the country’s sixth-largest city, is designed to construct an apartment complex consisting of two basement levels and 33 floors above ground and community facilities for residents. The name of the new apartment complex was suggested as THE H LUCEDOR. “Luce” and “d’or” mean “light” in Italian and “gold” in French, respectively, signifying the intention of our company to build a so-called golden landmark in Gwangju nicknamed “the city of light.”

Hyundai E&C will join hands with SMDP, a US-based innovative design studio, to build the apartment complex of a global standard. In addition, Gwangcheon-dong has an easy access to main raods and transportation.

Hyundai E&C to release the industry’s first NFTs... Commemorative NFTs issued on May 25

Hyundai E&C will release a total of 750 NFTs (non-fungible tokens) to celebrate our 75th anniversary and donate the proceeds to charity with the aim to the development of our community.

Hyundai E&C will join forces with The Meta Toy DragonZ of Sandbox Network to issue 750 commemorative NFTs on May 25. Each token has a unique identifier to track ownership of digital asset by using blockchain technology which is impossible to duplicate.

Hyundai E&C attracted interest from its employees by revealing a teaser image at hdec.metatoydragonz.io on May 23. Information on minting process of the commemorative NFTs can be checked at the website in the late afternoon on May 25. Hyundai E&C is the first domestic construction company that has entered the NFT marketplace. Hyundai E&C is planning to help create the NFT and metaverse ecology as well as seek a variety of ways to offer new experience to its customers. Benefits will be offered to the commemorative NFTs holders according to a roadmap to be unveiled later. 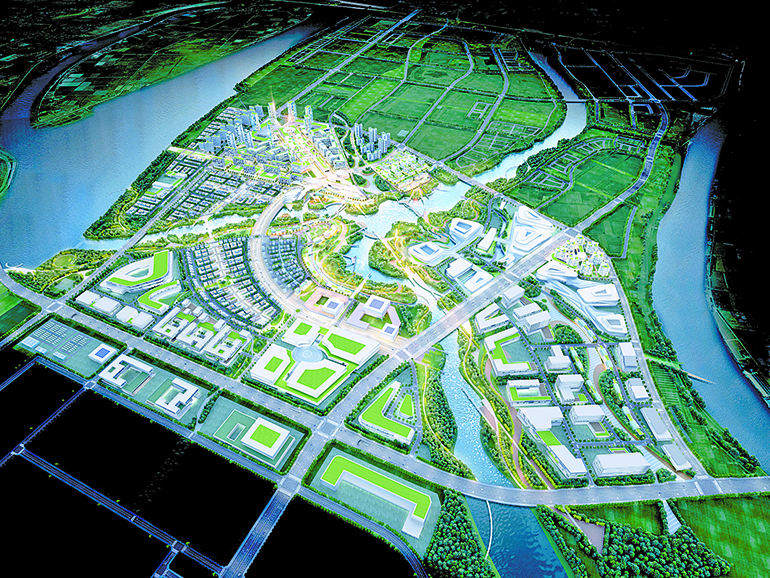 Hyundai E&C has set out to enhance its key competitiveness by promoting a new business for smart city construction aimed at the establishment of future-oriented urban infrastructure.

Hyundai E&C has been selected as the preferred bidder in the competition for private business operators (SPC) who will establish and operate Busan Eco Delta Smart City, the National Pilot Smart City, on May 18.

This project placed by the Ministry of Land, Infrastructure and Transport and the Korea Water Resources Corporation is Korea’s biggest smart city project, which is designed to create a smart city district within Busan Eco Delta City and establish and operate smart services.

The Human Consortium will develop a total of 25 smart and innovative services in five areas such as transportation, healthcare, living innovation, platform and infrastructure and energy, and operate them for over 15 years.

Hyundai E&C is expecting to create a new growth engine as well as gain competitive advantage in the establishment of infrastructure for cutting-edge future cities by participating in building smart cities with key urban functions related to residence, commerce, transportation, research and development, ecological environment, and culture, based on information and communication technology. 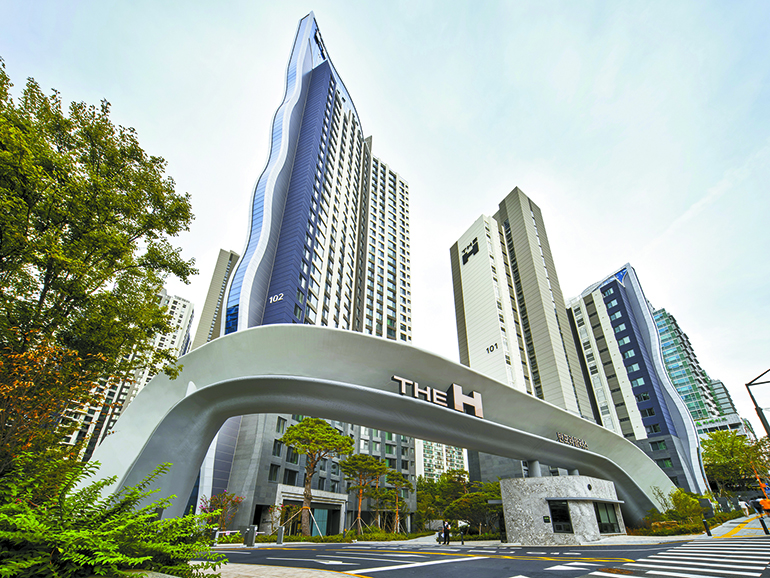 Hyundai E&C won the main prize for “The Clean Zone” at iF Design Award 2021 and “The Gate, Tangent” at the IDEA (International Design Excellence Awards) 2021, along with “Cloud Walk” at the Red Dot Award 2022. Hyundai E&C was awarded at iF Design Award two years in a row and at the world’s three prestigious awards for four consecutive years, which is the first of its kind among domestic construction companies.

Hyundai E&C to Issue Limited Edition of NFTs for its 75th anniversary!